Glucosamine May Have Protective Benefits for Arthritis Patients

Glucosamine is produced in our bodies to provide some of the national building blocks for the growth, repair and maintenance of cartilage. It also may help to lubricate our joints, assist cartilage to retain water and to possibly prevent cartilage break down.

Some doctors believe that supplementing with glucosamine, particularly the sulfate variety rather than the hydrochloride form, could help to reduce arthritis pain in some users. 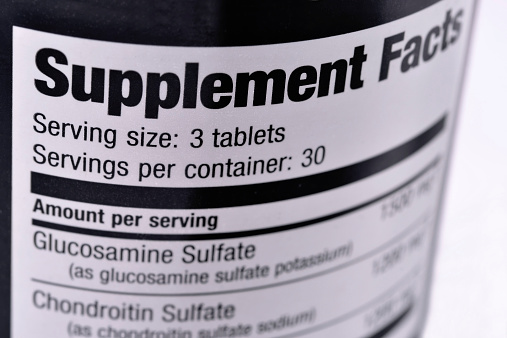 Some studies on glucosamine have suggested that it may reduce pain and boost function in osteoarthritis patients. A review in 2005 of 20 gluecosamine studies determined that there was some improvement in joint pain, stiffness and function with some forms of glucosamine.

The biggest clinical study to date from 2006 looked at 1600 people with osteoarthritis, who were given glucosamine and chondroitin. Some of the patients with moderate to severe OA experienced major pain relief. A 2008 study on both found that neither or both together did not slow down joint damage. but a two year 2010 study of both substances found that they both were as effective for OA as Celebrex.

Other research has suggeted that glucosamine could slow damage to the joints. A 2008 study of 300 patients found that people taking glucosamine had half the joint replacement surgeries as people on placebo.

Overall, there has been enough research done to suggest that taking glucosamine could offer benefits for some arthritis patients. Also, note that the supplements are not particularly expensive, and have few major side effects for most users. Consult with your doctor to determine if a glucosamine supplement could help you arthritis pain.