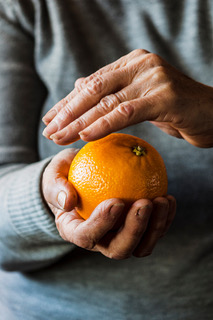 Posted by Bonnie Joffe on 12/8/2017 to Alternative Medicine

More than 50 million people in the U.S. are afflicted with some type of arthritis — 1 in 4 people over age 18, and 300,000 babies and children who also suffer from various rheumatic conditions. [1] Additionally, Rheumatoid arthritis affects 1.3 million people in the U.S. Unfortunately, approximately 20% of these people will become work disabled within 2 years of the start of RA and 50% will no longer be able to remain in the workforce after 10 years from its onset.[2]

For years, the traditional treatment for RA has been the perfunctory prescribing of non-steroidal anti-inflammatory drugs (NSAIDS), such as ibuprofen, aspirin, or prednisone, helping to suppress the inflammation and to reduce pain and swelling. Because this kind of treatment is more for symptomatic relief, rather than a cure, great pains have been taken to find not only better relief but also a cure or slowing of the disease.

Newer treatments on the market are called biologic drugs — they were first introduced and approved by the FDA in 1998 and have since introduced an additional 8 similar drugs.[3]

So what are biologic drugs and how do they work?

In the simplest terms, they are drugs made up of proteins that have been genetically modified, targeting the cells in the immune system that attack and destroy the healthy cells. The steps that are taken with this treatment are careful to not eradicate the total immune system, much like other RA treatments. Rather, it focuses on one type of cell. This medical breakthrough can slow or moderate the disease and even stop it in its tracks. According to Clinical Pharmacology & Therapeutics, "biologics can reduce the progression of damage to the joints caused by RA."

It should be noted that not everyone benefits from biologic drugs. Because the problem resides in multiple cells, this treatment does not always work- some doctors, however, may choose to implement a treatment with multiple biologics, along with additional medications. The hope is to find the right combination that best benefits the patient. Most biologic drugs are administered either by IV infusion or self-injection, as well in in pill format.

Categories Of Biologic Treatments Include:

Side effects of biologics

The most common side effect of injectable or IV biologic treatments is infection, mostly due to the irritation of the skin's tissues—bacteria and viruses can find thier way in, leading to infections. It is also typical to have swollen ankles, legs, hands, or feet.

If you or a loved one suffers from RA, talk to your doctor to see if this is the right treatment for you.